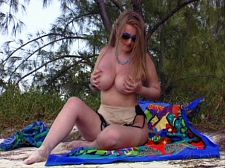 Bonnie was identified by SCORE‘s British chief of photography. He and his team took Bonnie to Grand Exuma Cay, The Bahamas, where this SCORE Classic movie from the Archives was filmed.